Obituary for Judith A. "Judy" Newton 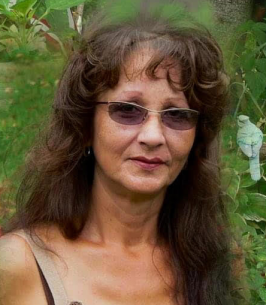 Judith A. Newton (Corn), age 64 of Shawano, started her journey to the spirit world on Wednesday evening, July 6, 2022, at ThedaCare Medical Center-Appleton, surrounded by family and friends, due to sudden complications from an autoimmune condition.

Judy was born on September 25, 1957, in Indianapolis, Indiana, a daughter of the late Violet Butler and the late Gayle Corn, Sr. Growing up mainly in the Shawano area, she attended the College of the Menominee Nation where she made the Dean’s List and graduated with high honors. Judy owned and operated her own cleaning business, JC’s Clean n One, and was also the president of the Menominee Chamber of Commerce where she helped many tribal businesses. Judy volunteered extensively for numerous causes and was always the first to lend a hand to the many in need. She is a member of St Anthony’s Catholic Church in Neopit.

Judy loved spending time with family, especially her children and grandchildren. Her hobbies were fishing, taking rides in the woods, feeding animals in her backyard, camping, and dancing. She was an avid Green Bay Packer fan. She also had a knack of cooking for everyone, making fry bread and chili, sewing native regalia, ribbon skirts, beadwork, feather fans, and was the main seamstress for many of her family and friends.

A funeral mass for Judy will be celebrated on Tuesday, July 12, 2022, at 11:00 am at St. Anthony Catholic Church in Neopit. Father Hanz Christian will be the Celebrant. Visitation will begin after 12:00 pm on Sunday, July 10, 2022, at the St. Anthony Community Center and continue until the time of Mass on Tuesday.